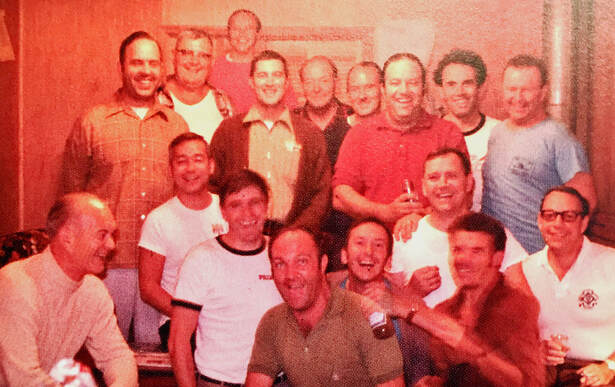 ​John Bane Dewar emigrated from Glenelg, Scotland in 1794 and settled near Kirk Hill, Glengarry County, thereby establishing our Dewar roots in Canada.  John was born in St. Catharines, April l0, 1931.  (His mother was born in Canada, as was her father, J. D. Buchanan). John lived all his life in St. Catharines, except for three years while he was at school in Toronto.  As a young man he attended Victoria and Alexandra Public Schools and the St. Catharines Collegiate.

​Growing up, his family was into a lot of sports – track and field, basketball, football and a lot of lacrosse.  He played lacrosse with the Jr. Athletics and won the Minto Cup in 1950 and went on to play for the Senior Athletics in the early 50’s.

John considered July 24, 1954, the most important day of his life, he married his high school sweetheart, Anne Marie Kennedy.

John started work in 1953 at Thompson Products in their mining division.  In 1954, he moved to Conroy Manufacturing and worked in their purchasing and engineering departments.  In 1956 he worked at Court Radiator where he oversaw their steel fabricating shop.  September 1957, he accepted a position with Alexander Tools Ltd. Brantford, Ontario, an industrial distributor specializing in the sale of cutting tools, precision tools and work holding equipment.  John's sales territory at that time was the Niagara Peninsula.  In 1961, Alexander Tools Ltd. opened a branch office in St. Catharines, and John was appointed manager, a position he held until he left the company in 1991. In 1991 he started his own industrial supply company, Dewar Industrial, and in 1994 sold to DoAll Canada, with head office in Toronto.  John worked for DoAll as an agent with his main responsibility being General Motors, St. Catharines.  He officially retired in April 2004.

Those of you who know John, know it wasn’t all work and no play.  After his lacrosse playing days, he became involved with the start up of the Port Dalhousie Guardsmen Drum Corps and marched with them for a few years, playing the trumpet.

John also found time to build a couple of cottages on Three Mile Lake, Muskoka near Windermere.  In 2004, Bruce Milligan, Harry Collier and John celebrated 35 years of curling together and during that time they had three leads:  Keith Wenderson, Bill Hutchison and Harry Edmondstone.  John and his curling partners had a good kick at the cat and enjoyed every minute of it.
Highlights and Notable Moments
John's rowing club memories: